Many local governments in Central Europe pursued policies of isolating the unwanted inhabitants in dedicated estates since the early 1990s. In the Czech Republic, this led to the emergence of some 600 so-called Socially excluded areas. They house about 100,000 Czechs, 80% of whom are the Roma – a third of the total Czech Roma population. At its extreme, these policies gave rise to the infamous housing blocks like Chánov in the north Bohemian town of Most or Luník IX in the east Slovakian town of Košice. The inhabitants of marginalised areas grow up in an environment with high unemployment, low life aspirations, drug abuse and usury. Their neighbours, observing the eventual accompanying hullabaloo, often vote for populistic politicians who have typically helped to create the inhospitable neighbourhood in the first place.
You have just read a short Summary from Datalyrics. The aim of these Summaries is to present basic findings to which different people should subscribe. We`re still working on this one. If You believe we got it wrong, let us know at editor@datalyrics.org 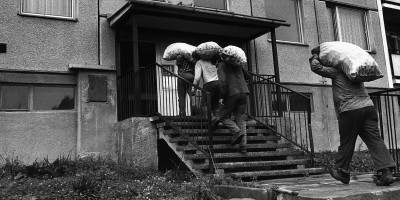 education deprived areas
Articles by Datalyrics were published in