Populism is primarily a style of communication. From the mainstream politicians, populists differ by their claim that only they represent the general will of (the real) people. They do not strive to build consensus. They do not distinguish between opponents and enemies. They speak the language of the people. They use but also manufacture crises to justify the call for revolt against the establishment. Although some of them pursue nativist agendas, many populists differ from nativists.

Once in power, populists often blame the opposition, foreign powers and minorities for various ills. They tend to clash with courts, media and other institutions the role of which is to preserve a political regime in which no man or party has a licence to be left unchallenged. Often but not always, the populist engagement ends up in bitter irony: they commit the same political sins of which they accuse elites which they have themselves become – they do not count with the citizens who do not vote for them and capture the state.

The share of populist parties in parliaments started to increase in the 1980s, when the side effects of technological changes and globalization started to deepen domestic inequality. The backlash against changes in social values may have contributed. The demand for populism tends to be pushed by demographic factors like unemployment, lower education, residence in the countryside, older age and – very often – voter‘s manual work. Populists get more votes also in regions affected by industrial decline. This applies to the Czech regions of Silesia and Ústecko, bested also by a high number of distraints. Elsewhere, factors unique to a given country can contribute significantly. In the UK before Brexit, for instance, this was high immigration in a short period.

You have just read a short Summary from Datalyrics. The aim of these Summaries is to present basic findings to which different people should subscribe. We`re still working on this one. If You believe we got it wrong, let us know at editor@datalyrics.org
Photo maudanros / Shutterstock 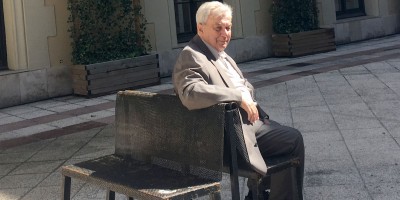 “I don’t know where is the limit”

says Attila Chikán, a minister from the first Orbán’s government, about Hungary’s competitive autocracy. In a long interview with Datalyrics, he also talks about binarity and the reluctance of those who share a similar ideology to call out a fellow’s foul.

democratic governance populism
Articles by Datalyrics were published in